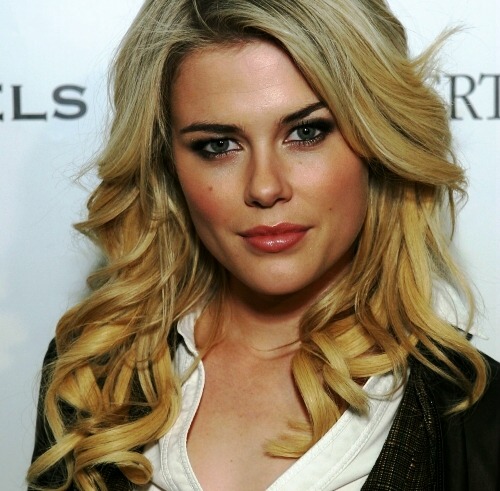 skills. Understands okay Spanish but can barely speak it; does a very convincing Scottish accent; plays the hurdy-gurdy; good singer;

resources. Has a regular income coming in from her shop Quarter Calling. She's handed over all control over it to someone else, but it's still 100% hers.

story hooks. People (especially other witches) who don't trust her motives, people who might be friends, men she can build unhealthy and unrealistic ideals around.

Home
Personality
pro         hard-working, driven, warm
neu         extroverted, social, romantic
con         gossipy, bossy, needy, hypocritical Adelaide has always been popular in her social groups: she's outgoing, happy in the spotlight, and likes organizing events. She can be found flitting around parties, wanting to talk to every single person there. She isn't good at being lonely, and will settle for things she doesn't necessarily want to keep that from happening.

Adelaide is always searching for love and never satisfied when she gets it, constantly feeling like it should be something more while also not being able to express what that more might be. Doesn't know what she's looking for really, but think's she'll recognise it when she finds it. (She definitely won't). With her lovers she is deeply passionate and prone to falling fast.

Hates nothing more than broken promises but has broken enough herself. (And is completely blind to this about herself.) If situations become dull or boring she has a tendency to court quiet dramas just to liven it up. Will happily accept help if it's given, but is incapable of letting herself ask for it.

Much to the chagrin of her parents, she doesn't care about the local history of NOLA or even wider American history as a rule. Adelaide is a slut for Western European medieval history though: get her started on the Magna Carta or The Great Famine and she'll talk your ears off.

Home
Appearance
Her height (of 5'9) combined with her lacking much in the way of curves, Adelaide has always been considered more of a statuesque beauty than a bombshell.

Her blonde hair is natural, although tends towards darker in winter - as many blondes do - and she mostly wears it out, styling it to have some curls and waves instead of the boring natural straightness. She likes to look well put together in general.

Home
Timeline
Adelaide's family has always lived in New Orleans. They're the type of people who like to talk about how many generations their lineage goes back and which famous ancestors they can lay claim to, and how magic has always been in their blood. Most of it is true. Probably.

But the definitely true part is that Adelaide was raised by her mother and father - both witches - alongside a younger brother. When she was eight, another sibling entered their lives - a four year old boy who was the product of Mr Beauchemin's affair.

Adelaide was a difficult teenager and butted heads with her parents at every turn, so by the time she finished high school at 17 she was sure that all she wanted was to go far away from her whole family and New Orleans, the place where everyone knew her too well. With that in mind she went to study at the University of Edinburgh, getting her masters in Ancient and Medieval History and planning to get a job in a museum somewhere and never return to the States.

But after four years of studying abroad, of meeting new people, of living on her own and failed romances, Adelaide had grown up considerably. She felt homesick and wanted nothing more than to be with her family again. So she returned and settled down, her parents glad she'd grown out of her teenage moodiness and letting her move into one of the apartments they rented out (and for much cheaper than anyone else would have gotten it). She bounced around a few different retail jobs before borrowing money from her parent's to open up her shop Quarter Calling, a witchcraft supply store to cater to the tourist dollars, and because she thinks there's something hilarious and pathetic about humans calling themselves witches.

She was twenty-four when she joined Nesbeth's coven, and has been a member since then. She even started dating another member, Hadrian, an older man who was well-liked in the coven and worked as their resident curse-caster if someone betrayed them. They were together for four years, but what he didn't know was that Adelaide had been seeing someone else on the side for almost a year. Then Hadrian found out the truth and she knew she had to get the hell out of there before he turned his inventive curse work onto her. She needed to go somewhere safe, but running far away would do no good: he would only find her and enact his revenge. She needed to go somewhere that would have to provide her protection.

Like the magical circus she was always hearing about.

Song Title
song artist
0:00
Home
Magic
Adelaide can perform general small acts of witchcraft just like all of her kind, but her specialty is using blood magic. Using blood (her own or others) gives her magic a lot more power. The more blood, the more powerful. It's all about sacrifice, after all. When strong enough she can can manipulate blood in people's veins (make it stop, make it boil, etc) but her access to that level of power is incredibly limited and requires massive sacrifice and energy. She can stop bleeding wounds on herself and others.

The downsides of blood magic:
• you need to have access to blood. Which means that to get it you either need to hurt yourself or someone else.
• you can only use blood that you were witness to the spilling of, or that was spilled intentionally in your cause.
• the blood needs to be relatively fresh. Fresher blood means more powerful magic. (And if it starts separating? Useless, toss it out.)
• bloodloss is no fun and can, you know, kill you. So careful of how much you need for a spell.
• certain spells may require specific blood: species, type, specific person, your own versus others.